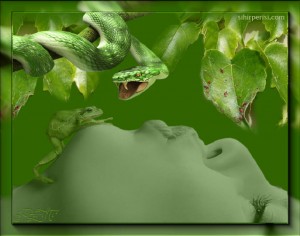 There’s been much controversy about why homosexuals happen to have the sexual orientation they do;  The prevailing view being – “they were born that way” – and the religious version of the same idea is – “God made them that way”. Well I can’t agree with the latter, but definitely with the former, and here is why.

Every human is born with a natural bend away from the ways of God. This natural inclination comes in many forms and is certainly not limited to homosexuality. Any and all things contrary to God, and that which falls short of God’s righteousness is, in biblical terms, sin.

The scriptures make it abundantly clear of this dilemma. We can’t even begin to understand or appreciate the good news of Jesus Christ before understanding how grave the situation of our sinful human nature,  resulting in death.  Fortunately, God has devised a means of reconciliation through the atoning sacrifice of Christ.

Since we are all born that way, that is to say that we are all natural born sinners   –  various sinful behaviors come quite natural for us so that it may be easy to arrive at the idea that “God made us that way”. Yet God has revealed to us in many ways how sin has no place in His presence.

Interestingly, though humans have inherited this sinful nature from the disobedience of Adam, there still remains some sense of moral code God built into us, which gives us a basic sense of right and wrong. Most people do not have a problem identifying things like theft, murder and adultery as sin. Yet homosexuality has been projected as a legitimate lifestyle to be praised and celebrated. There has been a high degree of mincing words and principles for this to be.

Another particular to consider is the ‘generational curse‘. That is to say – the consequences of the father’s sins passed down through several generations. This may explain why certain people seem to be born with extra strong propensities in certain ways, such as  sadomasochism, philandering,  pedophilia, homosexuality and so forth.

Countless people with such acute dispositions have attested how extremely strong these perverted drives are.  Even after years of resisting such have found themselves helpless and hopeless of any prospect of change, whereby finally surrendering to the pathology while finding ways to feel better about it.

Yet even many with more moderate temperaments find it extremely difficult to resist certain sexual temptations which may develop into life dominating addictions. Even the most sensible, disciplined and well balanced people can lose control of themselves in this area.

If it’s not already bad enough that we are natural born sinners to begin with, the problem is just exacerbated with the multitudes of various influences, especially through media. Subliminal messages as well as overt influences have such an impact on our psyche as we are inundated with countless messages  since we were babies (most being sexual) . Such messages accumulate in our subconscience to the point of creating anchors in our soul which can drive our behavior contrary to our better wisdom.

It has been proposed that abuse and neglect are factors that may cause homosexual tendencies, and this may be so in many cases, but does not account for the many who had a healthy family life and still realized a homosexual temperament even as a small child. Abuse and neglect are obvious factors to all kinds of perversions, but there is still something much deeper, which the scriptures call sin.

I no longer acknowledge most of what is projected in the name of science any more because of the corrupt entities which manipulate, control and disseminate information. Real science has been repeatedly supplanted by pseudo-science for all kinds of different agendas; “Macro-evolution” – “Just-abortion” – “Global Warming from man-mad Co2” – “Health Foods” – “Superior Medicine” etc, etc

Such subjects have been contorted to promote certain ideologies shrouded in scientific jargon and propagated by the rhetoric of the media machine – all the while suppressing the truth about real science — how the only real evidence used to support Macro-evolution is that which is borrowed from Micro-evolution — how the data used to justify abortion was manipulated and deceptive — how there is a major factor in climate change that few have considered or even know about (Geo-engineering) — how foods like margarine and cows milk are really not good for you, not to mention the multitudes of toxins infused into our food and water supply, such as fluoride, heavy metals, aspartame, MSG and GMO’s —  how there have been several different cures for cancer and other diseases that have been systematically suppressed, etc, etc…

Obviously, the situation of corrupted science is a whole other aspect of the great deception much more can be said about, but I will not bother diverting to it any further since it goes beyond the scope of this article. However, I will acknowledge that -perhaps- homosexuals actually do have a some biological difference that predisposes them to their particular sexual orientation…

One major factor that may be attributed to this condition is the fact that society is inundated with various toxins, and one particular element – BPA has the potential to wreak havok on hormone development, especially when a fetus is exposed from the mother ingesting such. There may still be many unanswered questions about the exact affects this has on human development, but one thing we do know is that it mimics estrogen, which may obviously confuse the process of natural hormone development.

Even if this, that or the other may be the case, I submit that the very fundamental cause of disoriented or damaged hormones still being the result of the curse and sickness of sin.

Speaking the Truth in Love

So far this write up may be challenging and even offensive for many who do not accept homosexuality as sin. While it is not in my nature to stir discord, it is in my duty as a minister of God to speak the truth, and to speak it in love. This means I sometimes must say it like it is, but with understanding, compassion and sensitivity. This also includes wisdom, which guides when to speak and when not to.

Certainly there are unbalanced minds who speak against the homosexual agenda, but even the moderates who stand by their convictions are lumped-up with the extremists and branded as “haters” – “bigots”  – “narrow-minded” –  “unenlightened” – “racists” and so on. Such name calling as well as legal action has intimidated many Christians into different degrees of compromise, such as tip-toeing around the issue and preaching a mere ‘God loves you’ message without the ‘repent from sin’ part.

Often, many who are on the defensive jump to the ‘don’t judge’ quote of Jesus from His sermon on the mount. Matthew chapter 7  begins with “Judge not, lest you be judged…”.

So yes,  we are all hypocrites, but judgement may be appropriate when we correct our hypocrisy with right living and a Christ-like attitude. Further, Jesus instructs in verse 6, “Do not give what is holy to dogs, nor cast pearls to swine…” Obviously, it takes judgement to discern what kind of people are like dogs or swine so that we do not squander the precious things of God on such.

As already mentioned, God has provided a means of reconciliation by conquering the power of sin and death, while still satisfying His righteous standard. Indeed, He has broken the curse of sin so that all who abide in Him may no longer be regarded as sinners, but as saints. – See Foundation of the Gospel

“O wretched man that I am! Who will deliver me from this body of death? 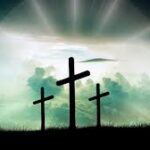 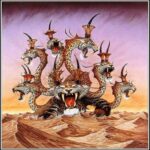