“You know that those who are considered rulers over the Gentiles lord it over them, and their dignitaries exercise authority over them. Yet IT SHALL NOT BE SO AMONG YOU (disciples of Jesus), but whoever desires to be great among you shall be your servant. And whoever desires to be first shall be a slave of all. For even the Son of Man did not come to be served, but to serve, and to give His life a ransom for many.” -Mark 10:42-45

The Protestant Reformation did a great work to bring back many such teachings of Christ, but unfortunately, many of these principles were only embraced as theories and not practices. Take an objective analysis of the the Protestant Church and you may see the hierarchy Jesus forbid His Church to have; only a bit less subtle than the hierarchy of the Catholic Church.

The hierarchy has been a fundamental element of the Roman Church, which the Protestant Reformers never really reformed; rather a reproduction of a more subtle form of the same institutional paradigm. Protestants employed this new form of Church hierarchy, which also used and abused the power of the state just as the Roman Church had done.

Many of the other elements which actually were reformed have come to be reversed by the work of the ‘Jesuit Counter Reformation’ and recovery of Papal temporal power.

So it is time for God’s people to take these principles into practice. And since most of us are so accustomed to hierarchical leadership, we may wonder what true servant leadership actually looks like in practice… Fortunately, God did not leave that to our own imagination but describes it in passages such as 1 Peter 5:1-5:

“The elders who are among you I exhort, I who am a fellow elder and a witness of the sufferings of Christ, and also a partaker of the glory that will be revealed: SHEPHERD THE FLOCK OF GOD WHICH IS AMONG YOU, SERVING AS OVERSEERS, NOT BY COMPULSION BUT WILLINGLY, NOT FOR DISHONEST GAIN BUT EAGERLY; NOR AS BEING LORDS OVER THOSE ENTRUSTED TO YOU, BUT BEING EXAMPLES TO THE FLOCK; and when the Chief Shepherd appears, you will receive the crown of glory that does not fade away.”

Notice how Peter describes the elders as leading from ‘among’ the flock and not ‘over’ – and leading by ‘example’ and not by ‘executive order’.

At the risk of sounding cliche’, the phrase that comes to my mind is ‘Paradigm Shift’ 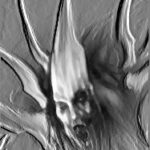 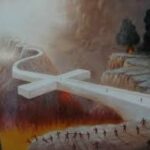