The scriptures are clear that there will be such an event commonly referred to as the ‘Rapture’ upon the return of Christ – 1 Thessalonians 4:17.

The word rapture comes from the Greek word ‘arpagesometha‘, which translates to ‘caught up’, or ‘taken with’.

Most bible readers acknowledge this upcoming event, but there is division regarding the sequence of this event in relation to the antichrist rein of tribulation and the return of the true Christ. Therefore, three schools of thought are associated with the rapture event: Pre-tribulation — Mid-tribulation — Post-tribulation.

The so-called ‘pre-tribulation rapture’, or ‘secret rapture’ gives the notion of the saints being spared from the terror of the antichrist reign. This view has become a very popular doctrine, but simply does not square-off with scripture. Consider just some of the many passages referring to the antichrist power which makes the persecution of the saints the very focal point of its reign.

Daniel 7:21 ” I was watching; and the same horn was making war against the saints, and prevailing against them until the Ancient of Days came”

Daniel 8:24 “…he shall destroy the mighty and also the holy people.”

Daniel 12:7 “…it shall be for a time, times and half a time; and when the power of the holy people is completely shattered, all these things shall be finished.”

Revelation 13:7 “It was granted to him to make war with the saints and to overcome them…”

Matthew 24:9 “Then they will deliver you up to tribulation and kill you, and you will be hated by all nations for My names sake”

Matt 21-22 “For then there will be great tribulation, such as has not been since the beginning of the world until this time, no, nor ever shall be; And unless those days were shortened, no flesh would be saved; but for the elects sake- those days will be shortened.”

John 16:2 “They will expel you from the synagogue; yes, the time is coming that whoever kills you will think he offers God a service.”

– So we have clear revelation in scripture which repeatedly describes the saints being the very prime target of the antichrist tribulation.

Matt 24:27-31 “For as the lightening comes from the east and flashes to the west, so also will the coming of the Son of Man be. For wherever the carcass is, there the vultures will be gathered together. Immediately after the tribulation of those days the sun will be darkened and the moon will not give its light; the stars will fall from heaven, and the powers of the heavens will be shaken. Then the sign of the Son of Man will appear in heaven, and then all the people of the earth will mourn, and they will see the Son of Man coming on the clouds with power and great glory. And He will send His angels with the sound of a great trumpet, and they will gather together His elect from the four winds, from one end of heaven to the other.”

1 Thess 4:16-17 “For the Lord Himself will descend from heaven with a shout, with the voice of an archangel, and with the trumpet of God. And the dead in Christ will rise first. Then we who are alive and remain shall be caught up together with them in the clouds to meet the Lord in the air. And thus we shall always be with the Lord.”

These two passages which foretell the rapture event is clearly conveyed as happening after the tribulation, and upon the return of Christ with the sound of a great trumpet (the seventh trumpet – Rev 11:15).

I, myself was from the school of thought which taught the pre-tribulation rapture. I wanted to believe this, but I was also taught to be like a Berean– to search the scriptures daily to find out if such things are so.

As I continually searched the scriptures, I was less and less convinced of such a notion as pre-trib rapture. Instead I saw the repetitious principle of an antichrist era which makes the saints of God its primary target of tribulation until the return of Christ.

The pre-trib rapture idea is just one detail among a very large body of false doctrine pertaining to eschatology. Such notions never existed among the Church until just a few hundred years ago – the ‘Jesuit Counter Reformation’ had many strong motives to devise alternate doctrines as such, which I document in ‘Discerning the Threads of Eschatology’

These two views are easily confused for “lack of definition”: If what is meant by the tribulation is – persecution of the saints from the antichrist rein, then we would be hard pressed to find scriptural support for mid-trib rapture. But many who maintain the view of a mid-trib rapture consider the second half of the tribulation as Gods judgement on the world, which His saints would be spared from.

Hence, many mid-trib proponents discern the ‘wrath of Satan’ from the ‘wrath of God’. God’s saints being subject to Satan’s wrath via antichrist, but delivered from God’s wrath upon the return of Christ to judge the world. On this main point, there is agreement between the mid-trib view and the post-trib view – the only difference is what we consider ‘the tribulation’.

So if what is referred to as the ‘great tribulation’ was meant to include Gods’ wrath, then I would have to agree to a mid-trib rapture, since God’s people are forgiven and spared from the wrath of God. However, I do not confuse the antichrist tribulation with the wrath of God because the scriptures do not.

Matthew 24:29-31 makes it clear that Christ returns to take up His people and judge the world AFTER THE TRIBULATION. So we see the sequence of events, yet the scriptures differentiate these events by calling the former ‘the tribulation’ and the latter ‘the return of Christ’.

Related Articles The ‘Little Horn’ of Daniel Time, Times and Half a Time | Time of the Antichrist Daniel’s Dream ~ What Does It Mean? 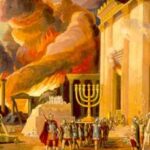 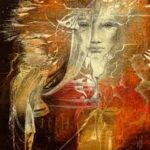