“Death and life are in the power of the tongue, and those who love it will eat its fruit.” –Proverbs 18:21

I’ve always believed that actions speak louder than words, talk is cheap, and no one cares how much you know until they know how much you care. Well, I still believe that, but does the tongue really possess such power to cause life and death?

Indeed, there are many ways we can bring harm to others with our tongue, whether it be insults, gossip, revealing secrets or just running our mouth way too much.

“In the multitude of words, sin is not lacking, but he who restrains his lips is wise.” –Proverbs 10:19

Then on the other hand, there are so many ways we can use our tongue to encourage, inspire and heal!

“There is one whose rash words are like the thrusting of a sword, but the tongue of the wise brings healing.” –Proverbs 12:18

Those are just some of the many proverbs which speak of the power of the tongue as there is a plethora of other sayings and lessons littered throughout sacred scripture on the subject.

~ So is the tongue over-rated, or is there something to it?

Well, think about how an entire life can be destroyed by a single accusation; how deep a wound can be inflicted by a single insult…

Now think about how a life can be encouraged to rise from adversity just because one person said, “I appreciate you!”. How much strength and healing can be imparted with a single acknowledgement!

Though compliments and and affirmations are only valuable when it is genuine. Just blowing smoke doesn’t cut-it. And we really need to mean what we say and say what we mean by backing it up with whatever action is fit.

The Apostle James speaks of the tongue wielding the power of great things,

“Indeed, we put bits in horses mouths that they obey us, and we turn their whole body. Look also at the ships: though they are so great and driven by the fierce winds, are still turned by a very small rudder wherever the pilot desires. Even so, the tongue is a small member, and boasts of great things…” –James 3:3-5

Then James continues with a daunting comparison of the tongue likened to a ravaging wildfire:

“…See how great a forest is set aflame by such a small fire! And the tongue is a fire, the very world of iniquity; the tongue is set among our members as that which defiles the entire body, and sets on fire the course of our life, and is set on fire by hell. For every species of beasts and birds, of reptiles and creatures of the sea, is tamed and has been tamed by the human race. But no one can tame the tongue; it is a restless evil and full of deadly poison. With it we bless our Lord and Father, and with it we curse men, who have been made in the likeness of God; from the same mouth come both blessing and cursing…” –James 3:5-10

A single spark can cause a fire that ravages with great devastation. But when that same spark is properly confined, it can run an engine, cook a meal, heat a home and so many amazing feats of enginuity when properly harnessed.

So just like a flame, our tongue should also be properly harnessed if we wish to do great things with it. Sometimes the best thing we can do is not use our tongue at all- and just use our ears so there’s a chance for someone else’s tongue to offer another variety of value.

“He who has knowledge restrains his words, And a man of understanding is of a calm spirit.

Wisdom can tell the tongue what and when to speak and when to be still. This is why the proverbs promote the worthwhile endeavor to gain wisdom – that we may speak words of life!

“He who is slow to anger is better than the mighty, And he who rules his spirit, than he who captures a city.”  –Proverbs 16:32

Another very significant example the scriptures give of the power of the tongue is in the custom of patriarchal blessing. The book of Genesis shows some very pronounced demonstrations of the father imparting his blessing to the son(s) via verbal transaction, as well as curses upon the sons who dishonored their father (Gen 9:20-27, Gen 27 & 48).

It’s important to note that the particular blessings and curses references above from Genesis were prophetic utterances from God, and not merely the fathers words, but the word of God – pertaining to their particular redemptive line which would bare forth the Messiah.

~ So can we speak things into existence, for better or worse, just like God can?

So far we have considered the significant power of the tongue, for better or for worse, and such power does indeed bare a resemblance of Almighty God. Such a resemblance is also found in our creative abilities, our dominance over the earth, and distinct capacity for emotions and critical thinking. This should not be surprising when considering that we are created in the image of God –Gen 1:26-28

However, it is vitally important to discern the difference between – baring a resemblance of God Almighty -and- the idea of becoming God. The latter idea comes from the original lie of that serpent, “…and you shall be like God…” (Gen 3:5).  Such is the basis for the Luciferian Mysteries, which imagines humanistic evolution unto deity, even to the point of being on the same level as God.

Metaphysical mind sciences such as visualization and positive confession have been implemented for ages in an attempt to realize such a fantasy. Such winds of doctrine have indefinitely blown through the Church and been syncretized and “Christianized”  through sects such as Christian Science, or mass movements  like the ‘Word of Faith Movement‘.

The original truth of God – man created in His own image – has been cherry picked out of context and contorted to fit the original lie of Lucifer. There is a stark contrast between man baring the resemblance of God -and- man having the potential to be God — but it is important to note how subtle this difference is often presented.

This does not minimize the power and capacity we as humans do have, but balances such with certain limitations of our human nature as well as our need to abide within parameters God has ordained.

“Come now, you who say, “Today or tomorrow we will go to such and such a city, spend a year there, buy and sell, and make a profit”; whereas you do not know what will happen tomorrow. For what is your life? It is even a vapor which appears for a little time and then vanishes away.

Instead, you ought to say, “If the Lord wills, we shall do this or that.” But now you boast in your arrogance, and all such boasting is evil.” –James 4:13-16

“…do not think of yourself more highly than you ought to think, but to think with sober judgement, each according to the measure of faith God has granted,”  –Romans 12:3

Related Articles Is the Law of Attraction Compatible with Christianity? The New Age Movement and the New World Order 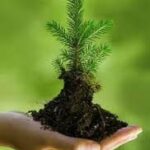 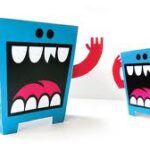