Redemptive history demonstrates a pattern of oscillation between mystery and revelation; Mystery revealed, then concealed, later revealed, and again concealed. Let’s take a quick overview to see this pattern:

God first began to deliver specific revelation through His first chosen people Israel – through great miracles, the Mosaic Law, the prophets and the history of Israel. Even so, there were major portions of such revelation still concealed. Not until the central theme of ‘Messianic Redemption’ finally culminate through Christ Jesus did we have full revelation of God’s redemptive plan.

The mystery of the gospel was revealed with the first advent of Messiah, which set off the Church era with an explosion of disciples throughout the world. Sacred scripture being the embodiment of all such revelation, being illuminated by the Holy Spirit, enabled the spread of the Revelation of Jesus Christ, as it was translated into 500 different languages by 500 A.D.

However, by 600 A.D. the rising power of Papal Rome restricted the scriptures to just one language, being Latin, known only by Roman Catholic Priests. Monopolizing on the power of knowledge, the revelation of God was again concealed.

We know the next several centuries as the dark ages; for the light of God’s Revelation was locked away and shrouded with a language no one knew. The consolidation of Papal power relied on the control of what became secret knowledge, which enabled deceit to prosper.

But there remained a remnant of true believers known as the Waldenses and Albigenses who lived by the authority of the scriptures, resisting the corruption of Rome, even under centuries of severe persecution. In  the fifteenth century, men like John Wicliff and Johaness Huss were translating and teaching the revelation of sacred scripture, and by the sixteenth century, there was a full scale reformation which broke loose the light of revelation once again.

The scriptures were translated in multiple languages and circulated off the newly invented printing press with movable type, which set off an explosion of enlightened revelation and prophesy, as well as scientific and medical breakthroughs, innovations in art, architecture and literature, and countless other inventions and discoveries.

The Protestant Reformation delivered us out of the Dark Age and into the Modern Era, but the Roman Catholic Hierarchy was not inclined to relinquish it’s waning power. The Jesuit Order was commissioned by the Pope to be the military arm of the Roman Church to carry out the Counter-Reformation in an attempt to regain what was lost.

The Jesuit Counter-Reformation worked tirelessly on various fronts combating the Reformers. It became clear that the scriptures could no longer be restricted as before, so a primary strategy was aimed at inventing and propagating alternative doctrines designed to skew the clarity of Divine Revelation.

These false doctrines were masterfully planted deep into the heart of the Protestant Church to the extent where many critical revelations recognized by the Reformers were yet again concealed. The Jesuits successfully contorted the biblical view of prophesy so well that such false doctrines have been fully embraced by mainline Christianity.

The following articles have been written to, once again,  reveal what has been concealed:

Discerning the Threads of Eschatology What Happened to the Historic Premillenial View and Historicism? Daniels Dream – What Does it Mean? The ‘Little Horn’ of Daniel Time, Times and Half a Time | Time of the Antichrist Order Out of Chaos 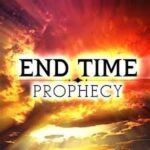 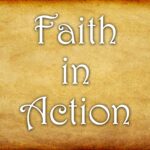