In The ‘Little Horn’ of Daniel Pt 1, we defined some of the main keywords used within ‘prophesy language’ in order to understand what is meant by certain symbolic words like ‘beast’ and ‘horn’.  We will now need to address another form of prophesy language while analyzing the next recurrence of the ‘little horn’ in Daniel chapter 8.

The ‘Little Horn’ in this next chapter is rendered in a more dimensional way than in the previous chapter, where it’s given a dual meaning and application often referred to as typology.  Typology is a foreshadowing of what is to come; a substitute or type corresponding  to the upcoming fulfillment of the very idea projected in that original type.  This element of typology has been repeated throughout the scriptures to reinforce important redemptive themes- mostly referring to the Messiah.

For instance, Moses was a type of Christ who acted as an intermediary between God and man ; And the sacrificial Passover Lamb was a type of Christ sacrificed for our sins, whereby the lamb was a substitute for what was to come- with  the ultimate sacrifice offered by the body and blood of Jesus Christ for the atonement for sin.   See- From the Passover Feast to the Lord’s Supper

While there were many ‘types’ of Christ preceding His coming, it should not be surprising to see a foreshadowing type of antichrist. We will now unwrap this dual application of antichrist typology in Daniel chapter 8:

Daniel begins describing this next vision about a ‘ram with two horns’ sweeping across the earth with dominating power; then a male goat with a prominent horn charged at the ram with great fury- breaking its two horns (remember what ‘horn’ means- a kingdom, dynasty or form of government)

Daniel continues describing this male goat advancing to greatness, and yet, when it came to the peak of its strength, its strong horn was broken; and in its place rose four other horns, and out of one of them came a ‘little horn’…

There can be no question to what the basic elements of this vision mean since the angel Gabriel plainly reveals in verse 20-22: The ram with two horns is the Medo-Persian Empire – while the male goat is the Greecian Empire with its  strong horn denoting to Alexander the Great, who passed away at the peak of his strength to have his kingdom partitioned between four of his generals:

This vision recorded a few hundred years before the foretold events occurred is so precise in every detail that skeptics insist that it must have been written after the fact…     -or-     it was indeed divinely inspired!   For this article, the main focus is the ‘little horn’ so we will not cover every detail, but you may refer to the sources below for thorough analysis.

So we see that Alexander’s kingdom was divided by four of his generals who were allotted their own regions to rule over. And out of one of these came a ‘little horn’…

Without question, the Greecian ‘little horn’ is none other than Antiochus Epiphanes, from the Seleucus dynasty, who carried out every atrocity described inthe following verses:

9- And out of one of them (four horns) came a little horn (the beginnings of Antiochus Epiphanes were small as he was a hostage in Rome) which grew exceedingly great (he ultimately became very powerful) to the south (subdued the Ptolemy kingdom of Egypt, to the east ( to Persia,  Media, and countries beyond the Euphrates, whom he imposed tribute) and toward the Glorious Land(no doubt the land of Israel).

10- And it grew up to the host of heaven (God’s people) and cast down some of the host and some of the stars to the ground (it was  usual to refer to priests and princes as stars) and trampled them (his brutality and contempt against the Jews was extreme).

12- Because of transgression (because the Jews forsook their God) an army was given over to the horn to oppose the daily sacrifices (Antiochus was empowered to carry out such actions) and he cast truth down to the ground (He abolished the truth by shredding and burning the Book of the Law, executing those professing truth, and exuded total contempt for any true doctrine and worship).

13- … “How long will the vision be, concerning the daily sacrifices and transgression of desolation, the giving of both the sanctuary and the host to be trampled underfoot?” (one angel asks another angel this question for Daniel)

14- And he said to me, “For two thousand and three hundred evenings and mornings; then the sanctuary shall be cleansed” (since prophesy time-frames usually denote years instead of days, evenings and mornings are specified to indicate actual days; 2300 days corresponds with the time beginning with the series of hostile events from 171 b.c.  and culminating with the ‘transgression of desolation’ until the ‘cleansing of the Temple’  in 165 b.c., known as the ‘Feast of Dedication’ and commemorated as  Hanuka)

At this point the angel Gabriel begins explaining the meaning of the vision to Daniel, saying in verse 17, “… the vision refers to the time of the end” .  Of course we know the time of Antiochus was not the end, but as we already have covered, the form of prophesy language applied here is typology- so this time of events is a foreshadowing or reference to the end times of tribulation preceding the return of Christ. However, the time of Antiochus had its end of tribulation too- which preceded the rededication of the Temple, so both time references denote an end of tribulation- and beginning of a new era.

It may be a tricky to consider the dual meaning and application of this vision, though it should not come as too strange of a concept since many words and ideas in our own time and language have multiple meanings and applications as well.

The Protestant Church has been like little children tossed to and fro by every wind of doctrine- by the cunning craftiness of men —  men like Francisco Ribera and Emanuel Lacunza,  Jesuit priests who invented and propagated the idea that the antichrist is yet to come- for the purpose of diverting the biblical understanding of the recognized Papal antichrist.

Realizing that we are in the antichrist era is likely to impact the trajectory of ones faith. It certainly has for me, so I persevere to ‘re-reveal’ what has been concealed – so to clarify the Revelation of Jesus Christ.

The Abomination of Desolation – Standing in the Holy Place

Discerning the Threads of Eschatology

Time, Times and Half a Time | Time of the Antichrist

The Eucharist Strikes the Gospel

Oscillation Between Mystery and Revelation

Daniel’s Dream ~ What Does It Mean?

The Holy Scriptures & Spirit of God

The Wars of the Jews – Flavius Josephus

John Gill’s Exposition of the Bible

Barnes’ Notes on the Whole Bible 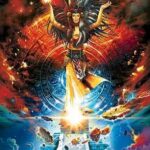 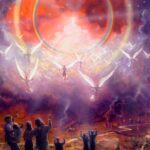