Church Leadership has taken many different directions contrary to the teachings of Christ & the Apostles. Though a great precedence for a worldly leadership structure has been set by mainstream Christianity, there is no justification for departing from the New Testament precedence, as those faithful followers of Christ are bound to such preeminent precepts as the New Covenant.

While there are many valuable instructions about Church Leadership in passages such as  Matt 20:25-26, 1 Timothy 3, and Titus 1:5-9,  perhaps no other passage encapsulates such a thorough definition as 1 Peter 5:1-5. Here we have the definition of an elder/bishop/pastor, the character & nature of such, the structure, scope & duty of such a position, the proper regard the younger ones should have toward the elders/bishops/pastors; and last but certainly not least, the very Head of the Church.

Now lets unpack all this verse by verse:

1 Therefore, I exhort the elders among you, as your fellow elder and witness of the sufferings of Christ, and a partaker also of the glory that is to be revealed,

First off, Peter is speaking to the Church in general, so when he addresses the ‘elders among you’ – he is defining the elders to be positioned among the Church – not over. This will be further clarified in the upcoming verses. Secondly, Peter is defining himself as a fellow elder – not a superior elder or chief bishop, thus there is no such chain-of-command hierarchy. Thirdly, he defines himself as a witness of the sufferings of Christ, which is to say – not merely an eyewitness, but a partaker in the sufferings of Christ, just as he is a partaker also of the glory that is to be revealed.

2 shepherd the flock of God among you, exercising oversight, not under compulsion, but voluntarily, according to the will of God; and not for sordid gain, but with eagerness;

This is where such terms as elder, bishop, & pastor are tied together as different words which denote to the same character, position & function. Here there can be no doubt of that since Peter streamlines each term in the same exhortation to the elders as he instructs them to shepherd the flock (pastor), and to exercise oversight (bishop/overseer). It is made very clear here that these different terms – elder, bishop/overseer, shepherd/pastor – all imply one and the same position of Church Leadership (Deacon, however is a leadership position distinct from elder/bishop).

Again, Peter describes the flock of God, which is among you, reaffirming the concept that the shepherds are on the same ground as the flock. These functions of guidance and protection are to be accompanied with the proper mindset, attitude & character as Peter notes in the rest of the verse.

3 nor as lording it over those entrusted to you, but being examples to the flock.

Reinforcing the concept of the elders being positioned among the Church rather than over it is further clarified here as Peter instructs nor as lording it over, which is to say – not in a dominating dictatorial manner, but leading by example; Not by executive order, but by example.

4 And when the Chief Shepherd appears, you will receive the unfading crown of glory.

No doubt the Chief Shepherd being none other than Christ Jesus, Who is no doubt the very Head of the Church (Ephesians 1:22, 4:15, Colossians 1:18), Who alone has authority to reward His saints with the crown of glory. The term Chief Shepherd is synonymous with Senior Pastor, a title in which many mainstream Church leaders have blasphemously assumed.

5 You younger men, likewise, be subject to your elders; and all of you, clothe yourselves with humility toward one another, for GOD IS OPPOSED TO THE PROUD, BUT GIVES GRACE TO THE HUMBLE.

Here Peter shifts this exhortation to the rest of the Church who are younger and/or new – to submit to the guidance and oversight of the elders. So while the elders are instructed to be gentle & righteous examples without being domineering, those in the flock are to respect the godly authority of the elders and follow their righteous example. Furthermore, Peter gives a more general word – for all to keep a spirit of humility toward one another, essentially submitting one to another. Such a spirit fosters unity & harmony for a well functioning Church, as opposed to the disruptive & stifling element of pride, which God opposes.

It must be noted that the Church in general certainly plays a role in direction and decision making as we see such examples in Acts 1:23, 6:3, 15:22. Yet this should not lead us to overlook the particular authority of the elders, which reasonably results in them imparting more pronounced influence among the Church.

The passage we have examined is a fine description of the concept that Jesus first introduced to His disciples when correcting their contending over superiority. Jesus first defined such a worldly leadership structure by stating, “You know that those who are considered rulers over the Gentiles lord it over them, and their dignitaries exercise authority over them.” After describing such a typical worldly hierarchy, He adamantly says, ” Yet among you – it shall not be so.”

Jesus then proceeds to instruct His disciples on a most peculiar form of leadership & superiority, saying, “but whoever desires to be great among you shall be your servant. And whoever desires to be first shall be a slave of all. For even the Son of Man did not come to be served, but to serve, and to give His life a ransom for many.”    –Mark 10:42-45

Certainly this is no trivial statement since it deals with such a fundamental facet of the way His Church should function; not to mention, the same statement is recorded in every Gospel except John. Yet such clear instructions as these and others have continually been marginalized, spinned around to be altered, or just paid lip-service to – by those ecclesiastical principalities who have reverted back to the worldly paradigm.

Such a departing from the New Testament pattern of Church Leadership is by no means a new endeavor, but starts way back with the rising of the Roman Catholic Church, and was yet continued in a different form with the Protestant Reformation.  Thereby the institutional Church has mounted great precedence to substantiate the hierarchical leadership structure, though there is no New Testament precedence for such whatsoever.

Yet there has always been a remnant of those such as the Waldensians, Albigensians, Hussites, & Anabaptists – who have cleaved to the supreme principles of the New Covenant, though they were harshly persecuted by the prevailing institutional Church. As the remnant Church has courageously identified with the true teachings of Christ & the Apostles, it is the remnant Church that I endeavor to identify with as best I can.  May God’s will be done and be glorified by His faithful saints!

Sources –Word & Spirit of God, Who Was and Is and Is to come –John Clark Ridpath– historian, author ‘Ridpath’s Universal History’ –E. H. Broadbent– historian, missionary & author of The Pilgrim Church –Samuel F. B. Morse– father of Morse Code, author of ‘Foreign Conspiracy’ –Peter DeRosa– Catholic Priest, author ‘Vicars of Christ: ‘The Dark Side of The Papacy’ –Richard Bennet– Christian historian & former Catholic Priest –John Foxe– historian & author of ‘Foxes Book of Martyrs’ –Bill Mencarow– theologian & historian –Kenneth Scott Latourette– historian, author of ‘A History of Christianity’ –Henry Fliedner– author of ‘The Martyrdom of a People’ or ‘The Vaudois of Piedmont and Their History‘ 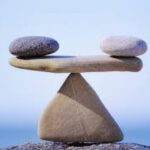 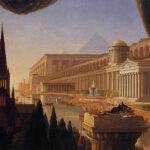