The law of attraction is something that many Christians are not quite comfortable with as secular society uses the law of attraction with the view that “the universe is the ultimate source of power & provision, which may be invoked to provide all our needs and desires by implementing mind sciences such as visualization and positive confession”.

Christians who believe that God is the ultimate source have a real problem with such misdirected objectivity; and not only is God being left out of the loop, but replaced with the exaltation of self unto deity. Furthermore, such use of the mind sciences serve as an essential element in occult practices such as witchcraft and sorcery — and authorities on the subject such as Helena Blavatsky and Alice Bailey have emphasized the need to introduce such occult technologies to the common society in order to make way for the New Age Movement.

Yet certain factions within the Christian arena have been implementing these same kind of mind sciences – such as Christian Science, or mass movements  like the ‘Word of Faith Movement‘ – with its egocentric  prosperity gospel – whichhave been spreading through the Church like wildfire. Still, the burning question for many is – could the law of attraction be compatible with Christianity if used in a way which is in alignment with the true teachings of Christ and the Apostles?…

Defining The Law of Attraction One of the biggest problems I see for Christians as well as non-Christians is a poor understanding of the law of attraction. So the first thing that needs to be done is to clarify what this really is.

The ‘like attracts like’ principle is not necessarily an evil concept, but it’s commonly believed to enable us to form our lives for better or for worse, and by implementing such mind sciences,  we may grow into the divine beings we are destined to become. This idea is certainly not limited to the secular or occult, but fully embraced by such movements as the Word of Faith and Emerging movements within the Church, only with Christian terminology.

The New Age Movement is flourishing quite well within the Christian arena under terms like “New Spirituality”, “Centering Prayer”, “Revival”, etc. which implement the mind sciences of the occult. Yet there is nothing new about such concepts & practices as they are just a an updated version of the same Luciferian Mysteries of old, and  are in no way compatible with Christianity, though they may be disguised in Christian garb.

But can the ‘like attracts like principle’ – without all the pagan application – still be compatible with Christianity?…

Let us continue defining what the law of attraction is, and whether or not this is actually inherently evil, or whether or not it is a morally neutral phenomenon which may be used for either good or evil…

The law of attraction in the physical realm is a law of quantum physics which can be both measurable and quantifiable. Scientists like Einstein and Edison demonstrated that “the brain is a transmitter and receiver of vibrational frequency.”   Thus positive and negative frequencies can be transmitted and received on a physical level.

Sacred scripture certainly includes laws of physics and has served as a valuable resource referred to by the fathers of modern science, such as Issac Newton, Robert Boyle, Leonardo da Vinci, and Louise Pasteur (see “Men of Science, Men of God“).

In metaphysics, the law of attraction is regarded as a vital life-force, which is rendered in different terms by different people: “ch’i” or “qi” in Chinese culture, “ki” in Japanese, “prana” in Hindu religion and has been popularized in western culture by media and various movements being rendered as “the force”,  “energy vibration”, “the secret”, “happy place”; and in pseudo-christian terms – “word of faith”, “name-it-and-claim-it”, and in my terms – “blab-it-and-grab-it”.

The basic principle of the law of attraction (like attracts like) is rendered in the scriptures as ‘you reap what you sow’ (Galatians 6:7-8),  which acknowledges both the physical and spiritual aspect (Corinthians 9:11). The concept may be significant, but there is not  a major emphasis on this law next to the main Christian theme of redemption. Rather, there are much more essential spiritual laws which make up the Gospel of Jesus Christ (see Foundation of the Gospel)

Faith In God -or- Faith in Self? With all that God has revealed to us through His prophets, His Law, His great miracles, His first chosen people Israel; and ultimately through His Divine Son Jesus Christ – all of which has been canonized in the scriptures and illuminated by His Holy Spirit – we may see how abundantly clear is the essential principle of faith in God. To be clear, not faith in ourselves, or mind sciences – but faith in God.

Trust in the LORD with all your heart          And do not lean on your own understanding.

In all your ways acknowledge Him,          And He will make your paths straight.

Notice how God is the focal point – the object of our faith – and we are not to rely upon our own understanding (including metaphysical mind sciences), but relying solely upon the wisdom of God.

Some may submit that – “the mind sciences is indeed wisdom from God”. Well the only kind of “mind science” that may be appropriate according to God’s truth – is that which exalts God as Creator and King of the universe, in whom we endeavor to abide in (2nd Corinthians 10:5 – Psalm 119 – Joshua 1:7-9).

It’s important to note how such use of the mind sciences like the law of attraction are typically used in an egocentric way. Even within a “Christian context” such a deviation of God-centered faith leaves us on a slippery slope which slides right into a practice God has strictly forbid.

The exaltation of self is the basis of the Luciferian Mysteries – “…and you shall be like God…” Genesis 3:4-5. Most people who are attracted to occult practices such as hypnosis, spiritism, witchcraft and such – are motivated with the desire to attain divine-like powers. Health, wealth, power & prestige are the fundamental values at the heart of most peoples pursuits.

This is why the masses flock to the Word of Faith brand of Christianity which teaches and practices the exact same occult themes of becoming like God, and “christianize” the same occult techniques such as hypnosis, spiritism, yoga, alchemy, etc, – with the intention of “speaking into existence” the same way God created the universe- and as long as we have enough faith, we can evolve to be just like God.

Such narcissistic tendencies perfectly harmonize with the same tune of Lucifer’s delusions of grandeur:  –Isaiah 14:12-15

No wonder God puts such great emphasis on the essential virtue of humility:

“…do not think of yourself more highly than you ought to think, but to think with sober judgement, each according to the measure of faith God has granted,”  –Romans 12:3

In contrast to the Word of Faith teachers, Jesus rebuked the masses as “…a wicked and adulterous generation which seeks after a sign…” (Matthew 16:4) – as He also called out the truth of their motivation to attain the things of this world rather than the things of God (John 6:26-27), and even when they seemed to be eager to follow Him, Jesus instructed them to place their faith in God, yet they demanded a sign as a condition of their faith (John 6:28-31); And even though Jesus had already done many great miracles, many of the people abandoned Him after he cut closer to the truth of the gospel (John 6:32-68).

And so it is the same today as it was then, that the true Gospel of Jesus Christ is abandoned and supplanted with an egocentric prosperity gospel.

So What is a Christian to Do with the Law of Attraction? Is the law of attraction inherently evil? The question of “inherent evil” has been asked of all kinds of subjects such as music, sex and drinking alcohol. Such things can be easily misused and abused, yet God has sanctioned many of these things within godly parameters (Psalm 96:1,  Hebrews 13:4, Luke 33:17-18), while strictly forbidding occult practices (Deuteronomy 18:9-14 – Ezekial 13:18 – Leviticus 20:6).

God has created a universe with physical laws that help govern the physical realm, as there are also spiritual laws which  give order to the heavenly realm. As a component of this order, the law of attraction is essentially morally neutral – just as electricity or gravity is; neither good nor evil. Even a man-made device like a gun is morally neutral, yet can be used for either good or evil. It’s really what we do with it, how our attitude is and where our objectivity is placed that determines whether it is pleasing to God or not.

The more we come to discern between appropriate use of God’s creation and corrupted uses, the better we will be able to respond to such winds of doctrine like the law of attraction. Its concept has been explained, but, so far, we have mostly considered its application in a pagan way, so we will consider this element as demonstrated throughout sacred scripture in the next part of this article.

I hope this has provided some clarity on the subject. Be sure to catch the next part- Is The Law of Attraction Compatible with Christianity- Part 2

What a great read! Thanks for taking on this very important subject. The Law of Attraction is for everyone…it can be as spiritual as the the person who uses it wishes.

Glad you liked it Frances!
I agree- it’s for everyone
Peace!

How great! I bet you know how to get your mind renewed every day! Awesome Article!

Napolean Hill’s Think and Grow Rich was my Mantra as a young women.

Loa skipped the most essential part of Christianity:jesus died for u, and revived after 3 days to help u live under God’s grace! If u dont believe this, u cant really live like the son of God, not to mention that having domination on god’s creations!And also without holy spirit, u will never know which desire is inspired by God, which is simply from urself, u just tried ur best to comfort and cheat urself by saying God loves me and this is a dream given by God.

Thanks for stopping by Cheryl- blessings!

Yes, there’s some good info in that one Charlotte

Sy, you speak as if I don’t hold those points you made in the highest regard.
I think we are on the same page brother, except I do not presume too much too quickly about people. 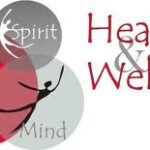 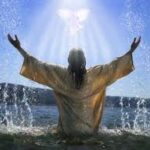