Often the things that parents mean for their kids to listen to, get ignored,     but the things they did not intend to teach, somehow get plastered into their psyche. When I was a teenager, one day I  was listening to my dad explaining to his friend about the rise of real estate prices, as he was making a case for just how ‘out-of-reach’ owning a home was becoming.

His conclusion was, “I just don’t see the possibility of us ever buying a home”.

That idea immediately sunk into my mind and I then adopted a new belief. How odd it was that I always questioned my parents words, then suddenly, without question, embraced this thought as if it were an oracle straight from heaven. And once this idea was branded into my brain, I suddenly had a bias that dismissed all ideas that opposed my new-found belief  as I adopted other beliefs that supported it, thus creating a snow-ball effect- all from one thought.

Consider the gravity of this limited thought; the suppressive force of such a belief that pushes one to utter mediocrity; How there is no hope for anyone who is not born into a well-to-do family; The droll resignation of higher aspirations accompanied with a spirit of adamant defeat.

Overcoming Limited Thinking By now you get the picture that I was not prep-ed to be an entrepreneur, but my parents did, however, instill in me quite a strong work-ethic, which I wielded to grow my own business. Even so, I was still plagued with limited thinking as I only had a workhorse-mentality as opposed to that of a strategic entrepreneur.

The day I realized I was making more money than both my parents combined was a startling point for me that apprehended my momentum for a time. Fortunately, I pushed through that to grow further, but still had quite a long way to go in overcoming limited thinking.

It wasn’t until just a few years ago that I realized I had to start doing things differently, which I knew could only happen by thinking differently. I was on my way to an early death and just knew I had to break-out of my familiar mold.   Slowly, I began to resign my perfectionistic tendencies and massive multitasking ways to make more room for the power of leverage.

This is no easy task for anyone who has to retrain their mind at a later age, because our brain establishes bio-pathways that locks-in our thinking to go a certain way. To change our thinking is much like blazing a new trail in uncharted territories, which can be arduous and even frightening at times.

Related Articles: Scarcity to Abundance Questioning Your Beliefs and Perception of Reality Overcoming What Others Think | The Psychology of Success

Hey Great Work As Power Usual Scott.
I think all of us could use this post at some point and it is easy to forget how easy it is to slip into limited thinking!
It has opened my eyes for sure!:)
Cheers Pal
Greg:)

I already know, Greg, that you know what I’m talking about here, but yes- it is, like you said, easy to slip into our “old ways” of limited thinking, and so it is good to be reminded.
Thanks for your thoughts my friend!
🙂

Nice revelation, and really packed with wisdom, Scott.
Sometimes the dire need coupled with aspirations do make us come out of the shell of limited thinking. Our mind has been programmed by our parents, peers, colleagues and friends to slip into limited thinking. In due course and at some point of time the environment we live in, forces us to come out of the shell, which we often believed to be true.
It sure is a revelation that can open up the mind of anyone seeking better pastures in life!
Warm regards,
Anthony Sunny Kunneth
http://tinyurl.com/kunneth

Thanks for your insightful thoughts Anthony!
It’s always nice to hear from you and collect another nugget of wisdom.
Stay blessed!
🙂

I agree with you, retraining our mind in a later age can be tough. The problem is that we have already had our own comfort zones and learning something new means moving out of it.

Yep, moving out of our comfort zone is not so easy and old habits die hard

It is in point of fact a nice and useful piece of info. I¡¯m glad that you simply shared this helpful information with us. Please stay us informed like this. Thanks for sharing.

It’s amazing the power of our thoughts. I was just talking about this on a summit I was on last night. The more negative thoughts that would bombard my mind it would put be further away from my dreams and goals. It’s like I was putting these imaginary barriers up to the things I wanted and they felt so far away.
Once I changed my negative thinking into positive thinking, having more gratitude and open to change so much shifted for me. I was once also on the downward spiral of disease and once I shifted the way I looked at life and the way I thought I was well on my way back to health and living the life that I desired.
The power of the mind is so powerful. I am the first entrepreneur in my family so I had huge limited thinking to overcome. Our thoughts become things as Mike Dooley says.
Thanks for a great article Scott.

And speaking of thoughts, thanks for your thoughts Alara!
I can really relate to being the only entrepreneur in the family and the mindset journey it takes to rise-up from that.
Thanks for stopping by 🙂

I so relate to your house story. My parents couldn’t ever afford a house and I too believed I couldn’t until one day I was advised to just go look. Go look for a house? I can’t afford a house. Two months later I was in my first house! The willingness to look was the step I needed to shift my thinking. Amazing, isn’t it!
Susan Berland
http://susan-berland.com

That Sound genius to me. Interesting article, not sure I have digested it properly even after reading it twice.

Yes, well I know I condensed a lot of story into a few words…
Thanks for taking your time to read twice and commenting Liam 🙂

That’s a good story you have there Susan!
It’s amazing the power limited thinking has over us; Even more amazing is the willingness to step up and take action to overcome such suppressive forces.
Thanks for sharing!

Thanks for stopping by Lynette, always nice to hear from you 🙂

I grew up with this limited mentality – as most of did. Fortunately, my husband broke the two of us out of that mold. That’s why we live in California and not in Florida or Mississippi (where we are from). We had to get away from the environment that kept us stuck.

Ah, limiting beliefs – how they can hold us back! When I was younger I remember my parents arguing and one of them said, ‘I want a divorce!” Well, those words stuck in my head for years and I was always scared they would split up and what would happen to me and my sister? Well, almost 60 years later they are happily married and apparently just had a bad spell that only lasted as long as that argument. One of things I work on with my clients before we even get started is ask them to list their limiting beliefs about social media and write next to them an abundant belief. Put negativity in the Universe and it will surely find you. Put positivity out there and the same thing will happen. Which would you choose?

Hats off to your husband for taking a stand and stepping out to a better way of life Paige!
Changing your environment one way or another is a vital component in overcoming limiting thinking- I mention that in part 2 of this post.
Thanks for your thoughts!
🙂

Laurie, I’m glad to know your parents achieved a good marriage and, of course, even good marriages have their challenges, but how interesting it is that you were so impacted just by hearing them say the “D” word just once.
I’m sure helping your people overcoming limiting beliefs is a big part of your coaching
For me, it’s the very first thing to address
Thanks for your comment- Take care and keep putting positivity out there 🙂

Such an excellent blog Scott! It sure is amazing at how we affect our children in the things we say and do. And then a whole other thing to re-wire ourselves as adults.
I love your writing style and your insight.

Thank you Penny- so true about we effect our kids and how we ourselves are still re-wiring from our own programming.
Always nice to hear from you Penny- take care! 🙂

Scott, have I mentioned how much I love your blog!? As a new parent, I am extremely sensitive to what I’m teaching my kids. With my acts or what I fail to do. As I look back at my own life, I can connect the dots and find how my family’s beliefs have truly shaped some of my limitations! Here’s to breaking them down and believing in something new!

Nelson, I’m so glad you enjoy this blog!
It’s nice to know you are sensitive about the influence you have on your kids; Mistakes are inevitable so don’t be too hard on yourself.
I think we’re doing ok as long as we are advancing with forward thinking
Yes, cheers to that! 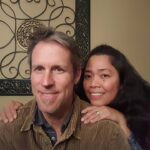 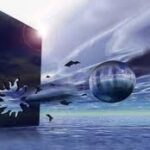